KIRO Radio featured one of BCI’s own field supervisors, Lisa Martinez. Read about it and watch the video to learn more about the psychology behind hoarding.

Theresa Borst and Tracy Dahms were also interviewed on KISSFM and were able to answer some of the questions from the community to help raise awareness about incident cleanup and how BCI’s focus is making sure families are not traumatized twice. Listen here.

Theresa and Bio Clean, Inc. was mentioned here after Theresa worked with a lady who was having trouble convincing her apartment managers that her apartment was contaminated with methampethamine from previous tenants. Listen and read.

Tracy and Lisa were also featured here in this article about a hoarding clean up in Kenmore where Lisa explains that before BCI even goes into a hoarding cleanup, there is mental preparations to consider.

Before you buy your new home, have it inspected thoroughly. This includes having the home tested for drugs. You won’t be sorry.

Bio Clean, Inc. has been featured on 1150 AM KKNW. Listen to the broadcasts below.

Did you know that the filmmakers of “Sunshine Cleaning” which was a comedy drama released in 2008 was based off Bio Clean? The filmmakers have said in several interviews that their story line was based on a 2001 National Public Radio “All Things Considered” report about two women (Theresa and her then partner) in the Seattle suburbs who started up the biohazard removal/cleanings service. The film went on to be nominated for 8 awards, 2 of which they won. 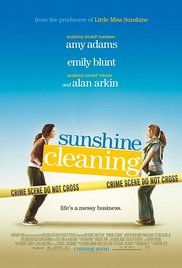