It’s hard to picture a small town like Stanwood, Washington as a trauma scene, but the unthinkable can happen anywhere. When trauma or death occurs, Bio Clean is on the scene to perform prompt and thorough cleanup. 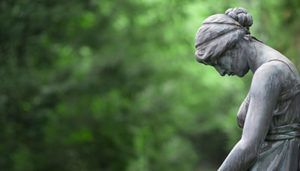 A family devastated by a suicide faces a difficult time: Family members must contact loved ones to share the terrible news, make funeral arrangements, and deal with other practical and legal considerations. The last burden a grieving family needs is having to clean up the site of a suicide in their Stanwood home.

The team at Bio Clean understands the emotional impact that a room altered by a suicide has on the family. That’s why we come right away to clean up the grim reminders, so your home can be a haven in your time of bereavement.

After the police investigators have collected evidence and released a crime scene, another team must clean it up. Professional crime scene cleaners have the know-how to clean up the visible evidence of the crime and return the room to its former condition. Bio Clean, Inc. has a team of trained crime scene cleaners who are certified to clean up everything from blood-borne pathogens to hazardous waste.

We are especially mindful that crimes sometimes take place in private homes, and we work diligently to restore every crime scene to its pre-crime state. Bio Clean will safely and carefully remove all traces of the crime at the scene. We clean up furniture, carpeting, and even the structure of homes and other buildings. 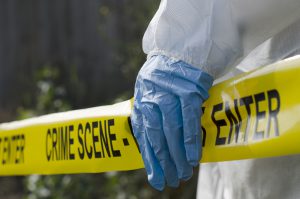 As crime scene cleaners and death scene cleanup specialists who work throughout western Washington, the technicians at Bio Clean, Inc. meet families during some of their most difficult times. Even in adversity, the importance of families in Stanwood is obvious.

Back in 1877, the town’s postmaster and first mayor, Daniel Pearson, renamed the trading post settlement of Centerville to “Stanwood” in honor of his wife Clara’s family. Around that same time, the founding of Washington’s first Norwegian Lutheran church brought Scandinavian immigrant families to Stanwood.

The Stillaguamish River still flows beside this small, close-knit town, where the mansard-roofed Pearson House holds historical artifacts and reminds townsfolk of new beginnings. Just as the town pulled together and rebuilt after a devastating fire in June 1892 incinerated the original church and over a dozen other buildings, Bio Clean helps families in Stanwood refurbish homes marred by tragedy and rebuild their memories of better times.

We can also provide disaster response in Stanwood, WA.