When the shadow of tragedy falls upon Monroe, Bio Clean is there to help families deal with the aftermath.

Whether you live in Fryelands or Foothills, Monroe Junction or Maxwell’s Old Owen Place, you may have to deal with a death scene or a suicide. While no one likes to think about these kinds of unpleasant events, they are an unfortunate reality.

The caring, trained technicians at Bio Clean, Inc. provide families in Monroe with thorough and careful death scene or suicide cleanup. Our experienced team understands the physical impact of a suicide or other death scene in a home, and we know how to safely and effectively clean up the room where it occurred. We also recognize the profound emotional impact of such events on a family. Bio Clean works unobtrusively to bring the physical spaces of your home back to normal while you and your family respond to the loss of your loved one.

Just as a suicide or other death scene requires a team with specialized knowledge to clean up properly, experienced professionals should be called in to a crime scene to clean it up completely. So long as visible reminders remain in a crime scene, disturbing feelings can persist. When the professional crime scene cleaners at Bio Clean clean up a crime scene in Monroe, we help start the healing process by eliminating physical damage to a home or other space. 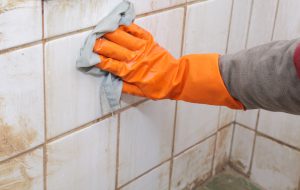 The smokestack from the Carnation Condensery, the lone survivor of a factory fire, still looms as the tallest structure in Monroe. The fire happened on March 23, 1943, a mere three weeks after the Carnation plant was converted to a flax processing plant in support of the war effort. The smokestack stands as a symbol of endurance in the face of misfortune, its stalwart concrete surface now decorated with evergreens and the name of the town.

The townspeople of Monroe, Washington have faced some difficult times. When misfortunes such as fires, industrial accidents, or highway collisions create a trauma scene, Bio Clean helps in the midst of hardship by undertaking the cleanup for families or organizations in Monroe.

Monroe was built near where the Snoqualmie, Snohomish, and Skykomish Rivers meet. The land at the rivers’ confluence was originally called Tualco, when it was home to the Skykomish people. It was ceded to the U.S. government in the 1855 Treaty of Point Elliott. What started out as the Park Place settlement in 1864 was later renamed “Monroe at Park Place” as a tribute to President James Monroe.

Now simply called Monroe, this modern town is a comfortable and pleasant place to live. But when a dark day dawns and you find yourself dealing with a trauma scene, death scene, suicide, or crime scene, know that you can call upon the competent and sensitive professionals at Bio Clean. Just reach out to us at (888) 412-6300, and we’ll soon be on the scene to clean up.